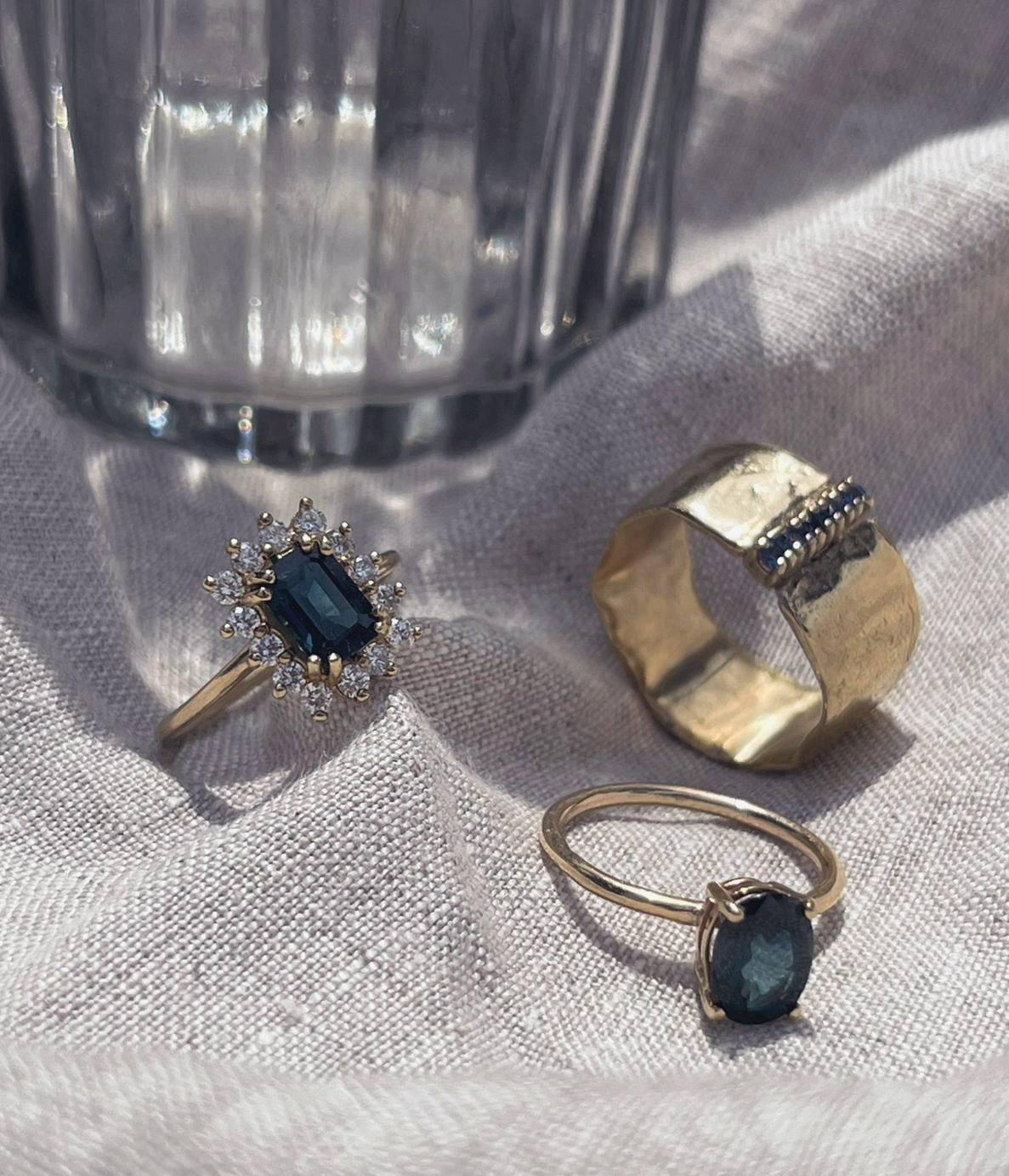 As summer draws to a close and we head towards the cosiness of the winter months, there’s a shift in the cosmic energy around us. We head boldly into a new Zodiac sign - bringing with it a new birthstone for the September born: the sapphire.

For many Virgos and Libras, the sapphire is their treasured birthstone. This precious gem is one of the most sought after in the world and it’s a gem that constantly surprises and delights us with its eye-catching appearance and its strong royal connections.

Sapphires can be found all over the world - from Asian countries such as India, Sri Lanka and Thailand, to South American and African countries including Brazil, Kenya and Madagascar. 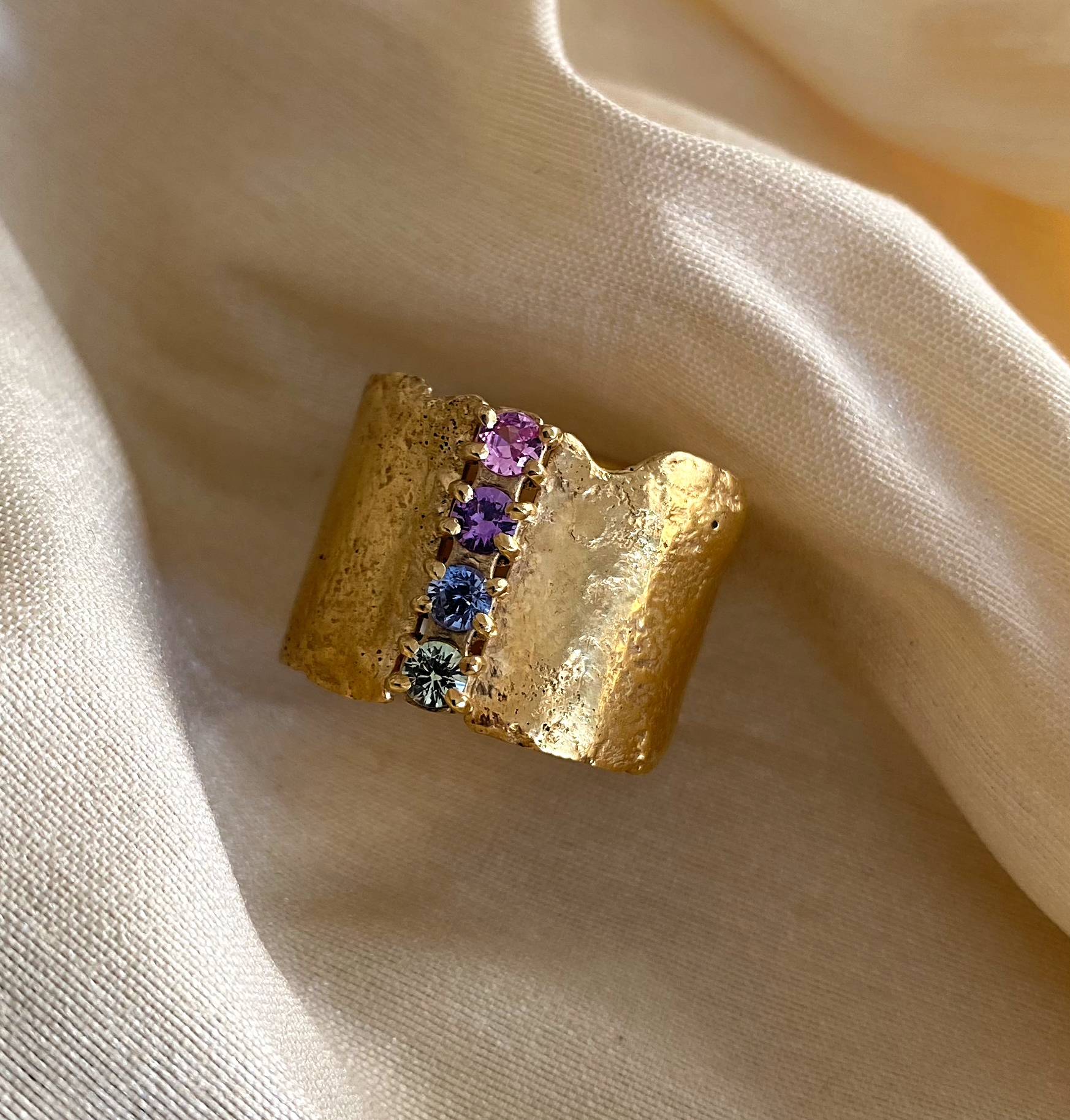 As Blue As Sapphire

Or is it? Did you know that although the most famous sapphires are to be found in a deep blue hue, they do in fact come in a variety of contrasting colours?

It’s possible to find sapphires that are bright yellow as well as those that are the colour of pale rose quartz. Although these colours are lesser known, the variation in sapphire tones makes it brilliantly versatile and an ever popular choice for any jewellery option. 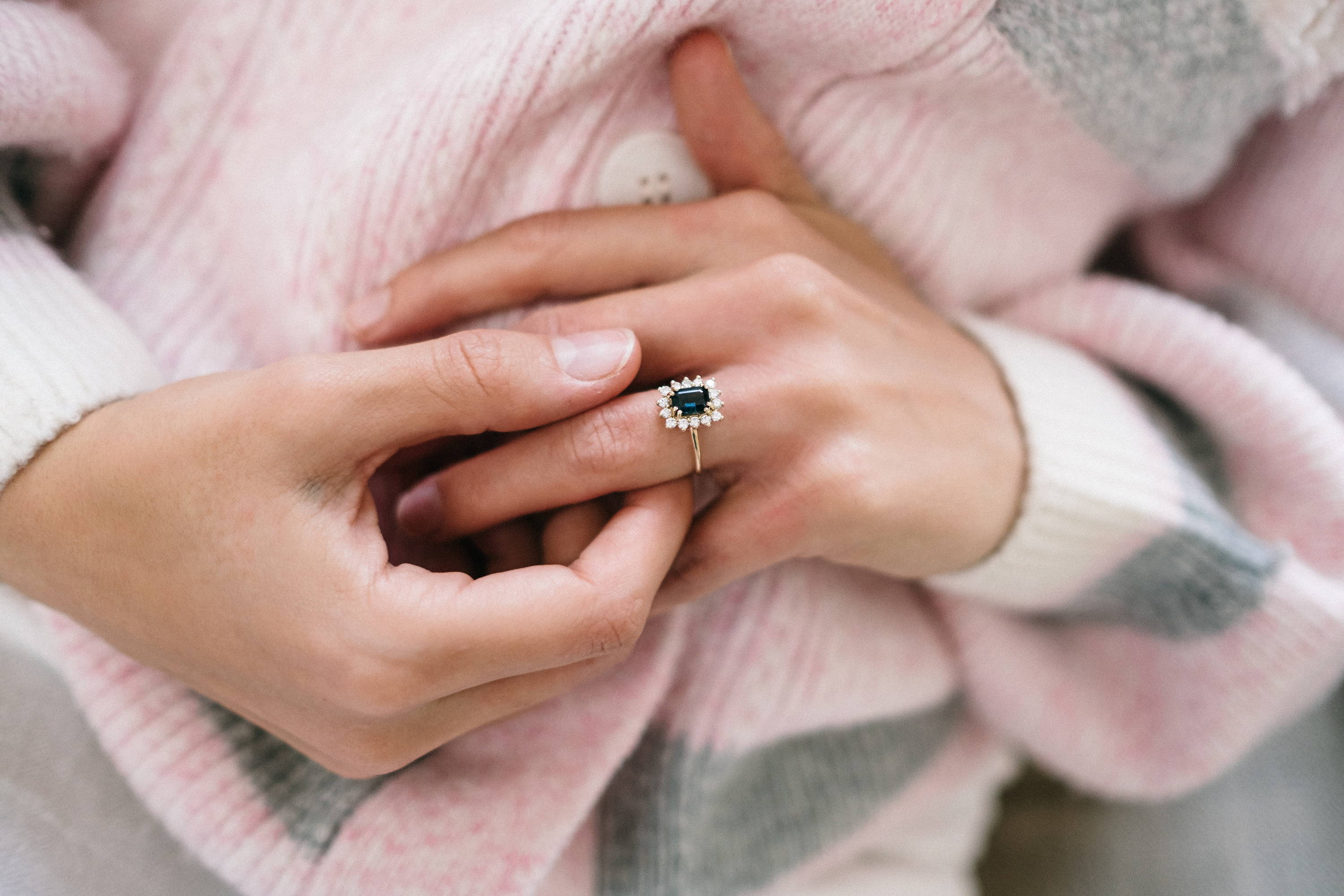 Perhaps one of the most famous blue sapphires can be found in Princess Diana’s engagement ring, now worn by the Duchess of Cambridge. Her ring, which features a 12 carat oval Ceylon Sapphire, is possibly one of the most well known pieces of royal jewellery to date.

Sapphires enjoyed a 300% rise in sales after the engagement between Prince William and Kate Middleton. The gem stone has a unique sense of timelessness as well as rising to occasions of elegance and grandeur - ideal for a Princess who moves effortlessly between her roles as busy mother and host of state dinners and world tours. 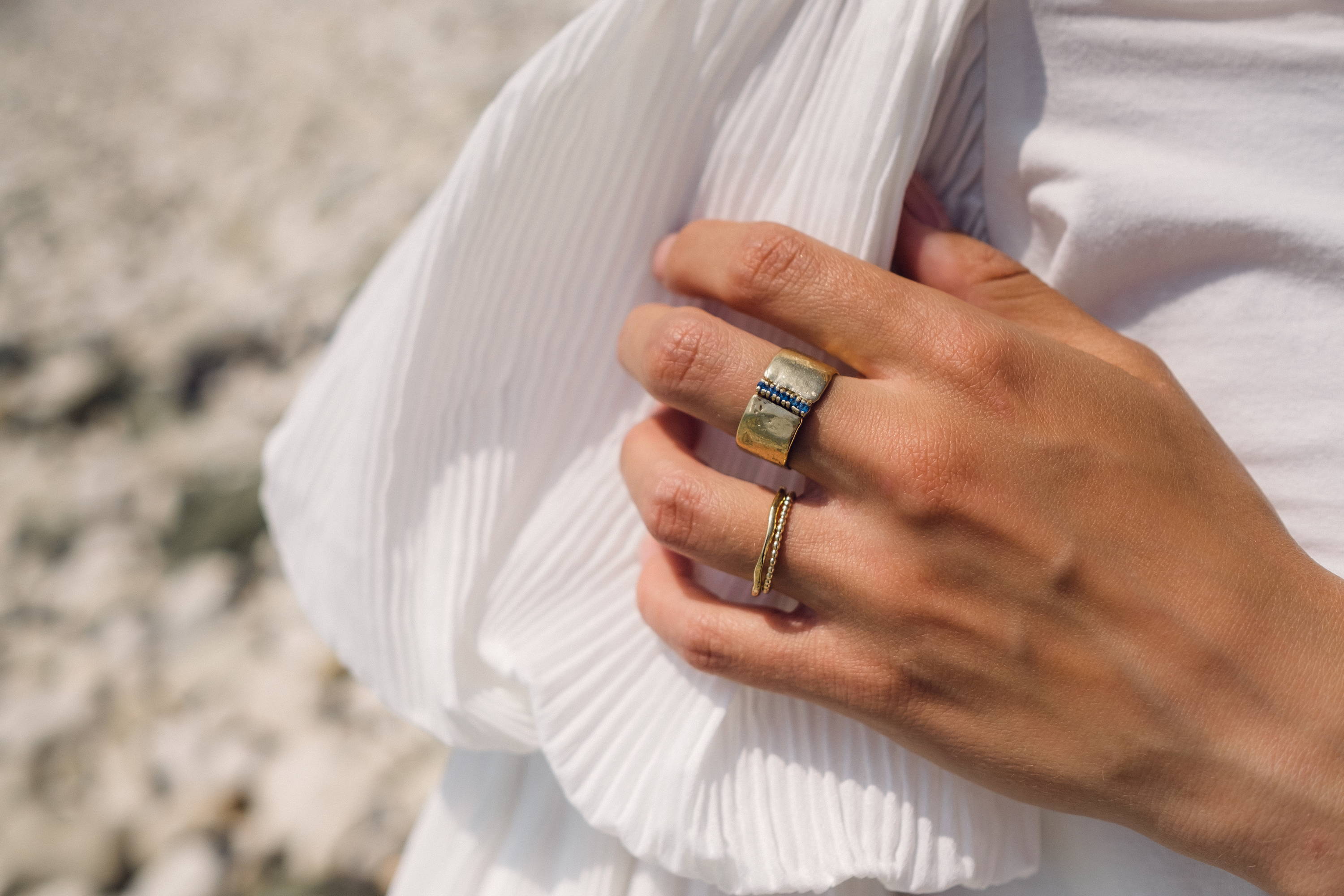 The strong connection to royalty has long played a role in the symbolism of sapphires - yet there’s more to these precious gemstones than meets the eye.

Sapphires are also a universal symbol for sincerity and truth. They are linked to romance and intimate relationships - explaining their presence of engagement rings and wedding bands.

Although sapphires are symbolic of innocence and can be a popular gift for a new arrival, they span the human life cycle and are also the symbolic gift associated with 45 years of marriage.

A Sapphire Wedding Anniversary is truly something to be celebrated - explaining the stone’s connection with longevity and good health. 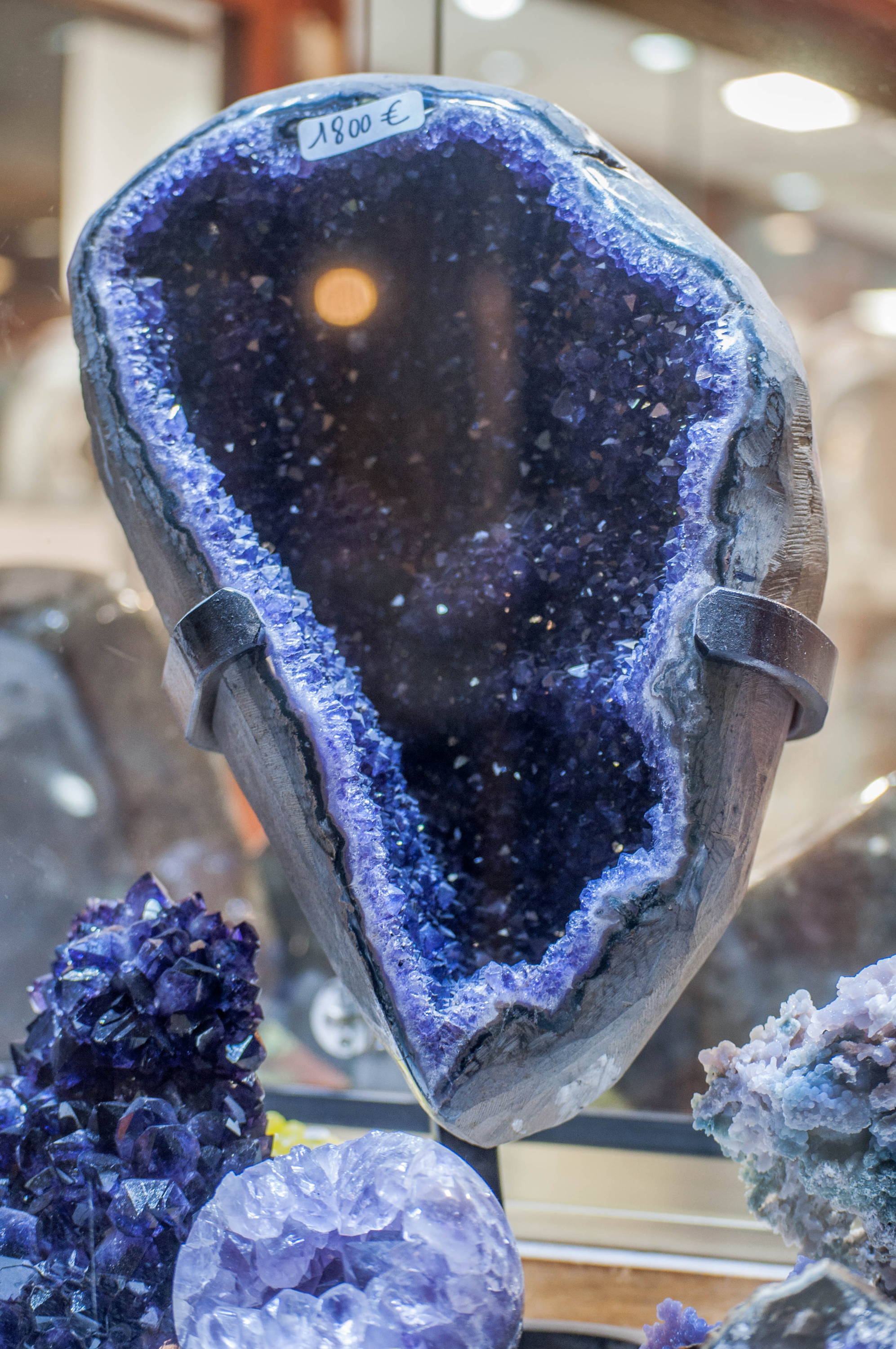 We love finding out more about the chakras that our favourite gemstones are linked to and the sapphire certainly doesn’t disappoint with rich connections and striking energies.

The blue sapphire is often linked to the throat chakra and wearing the gemstone close to your neck in a necklace form can be used to enhance and encourage self expression.

Draw attention and awareness to your third eye chakra by wearing royal blue sapphire earrings or holding the gemstone close to your forehead. This can help you to engage with, understand and draw out your inner most thoughts and feelings.

In Feng Shui, the colour dark blue is generally associated with knowledge and the sapphire has often been said to help enhance integrity and wisdom for those who keep it close to their souls. 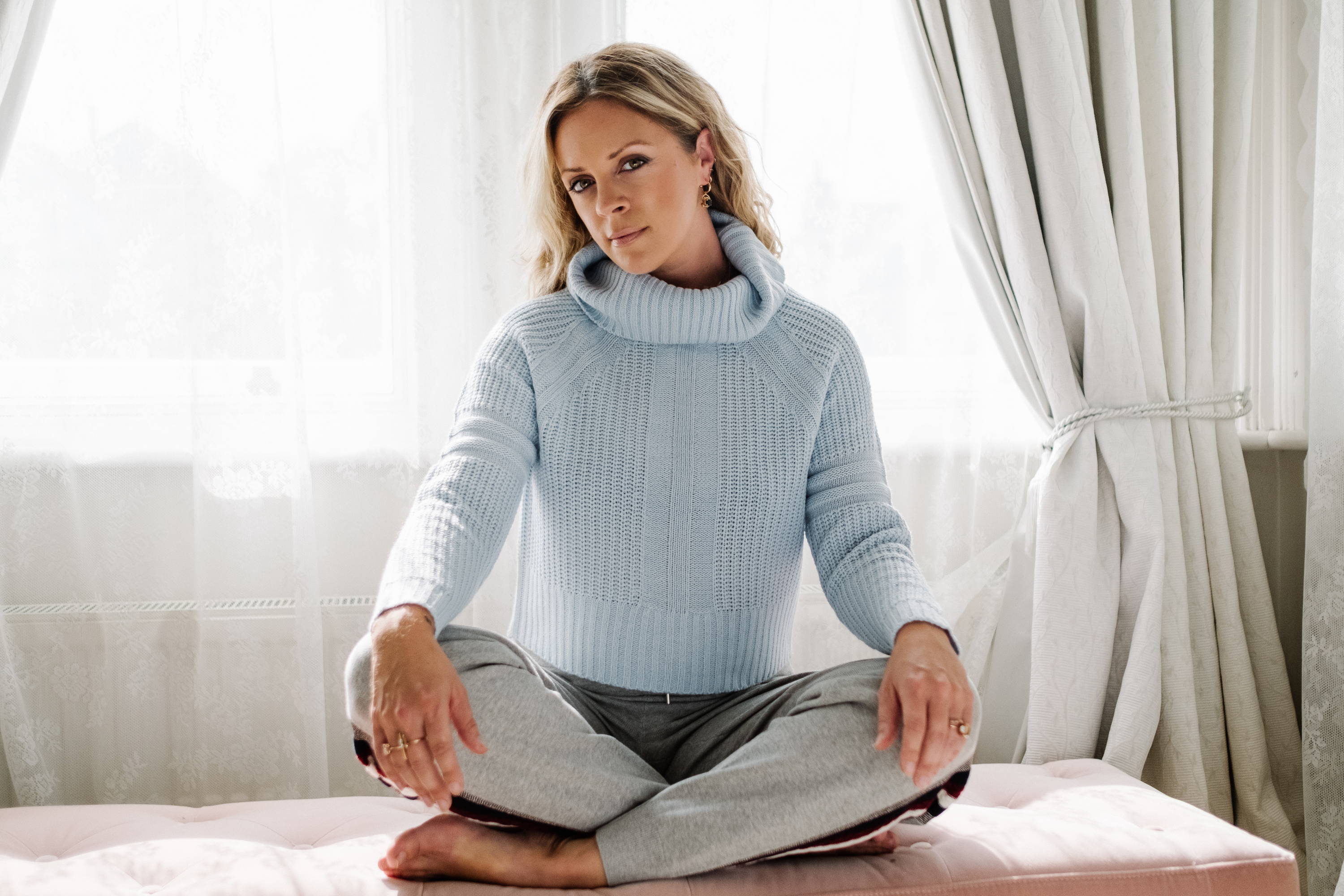 Struggling to Calm Your Mind?

The spiritual clarity of sapphire can be harnessed by you to help calm your mind, strengthen your intuition and protect your energy from negative influences.

If you’re struggling to calm your mind and find a peaceful inner dialogue, why not try activating your meditation space with a small blue sapphire stone? Simply place it in the corner of your room, or next to you on a yoga mat or blanket.

Creating a designated meditation space - whether this is an entire space that you decide to declutter and dedicate to moments of mindfulness, or simply a corner of your bedroom that you can use temporarily - adding an element of sapphire can help to quiet the mind as you seek stillness and relaxation. 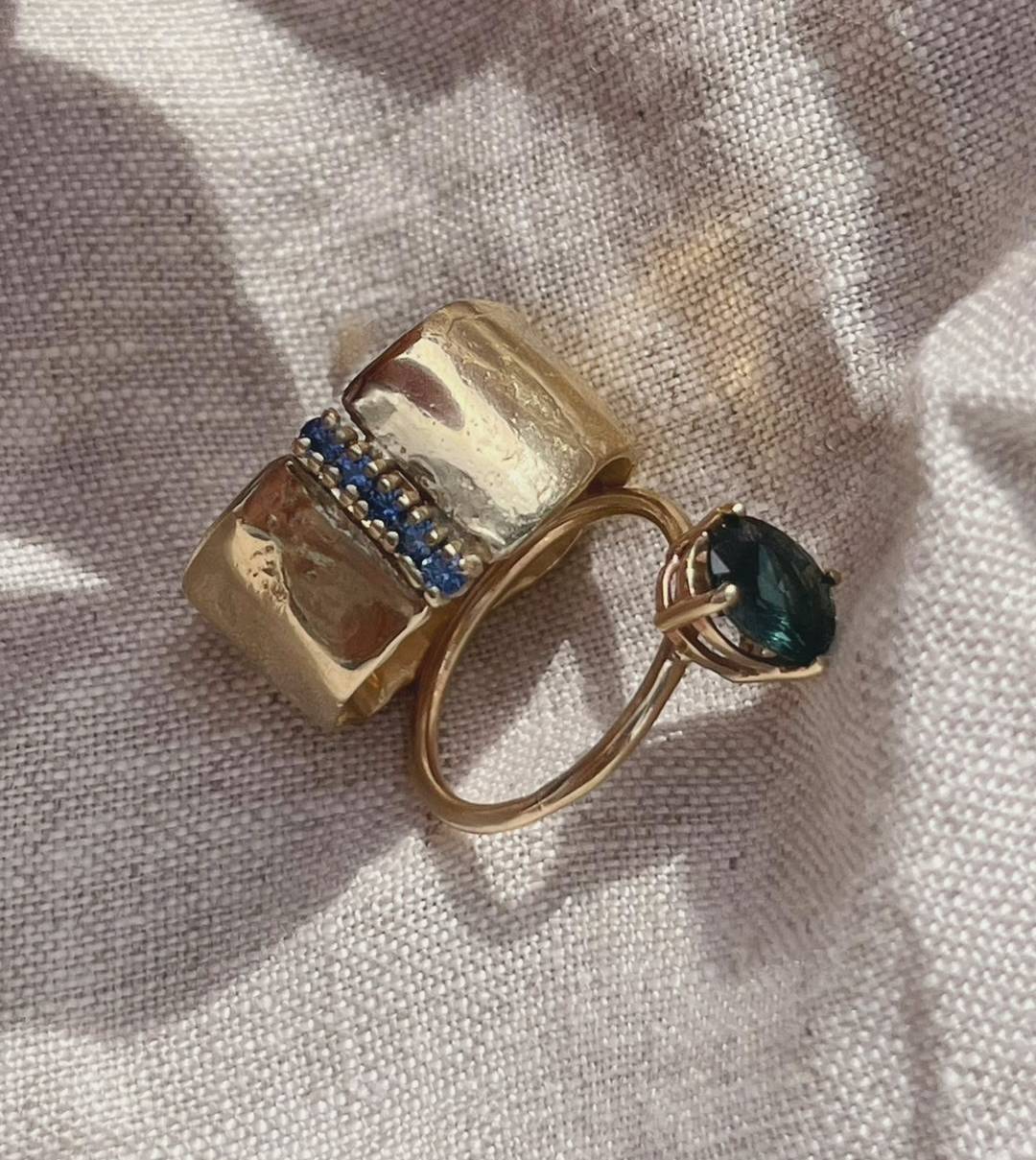 Spot the sapphires nestling into this beautiful molten coral ring

Wear these sapphire earrings from daytime to evening to create a royal impression Include sapphire on one of our spinning stone necklace pendants to help harness stimulate the throat chakra and help you to speak your truth.

Enter your email and receive 10% off your first order.

Also in The Journal Joining our tribe will give you access to exclusive offers, info and events.